Our Saskatchewan Conservative caucus is also calling on the Liberal government to provide relief to local municipalities in the upcoming federal budget to help offset these policing costs. 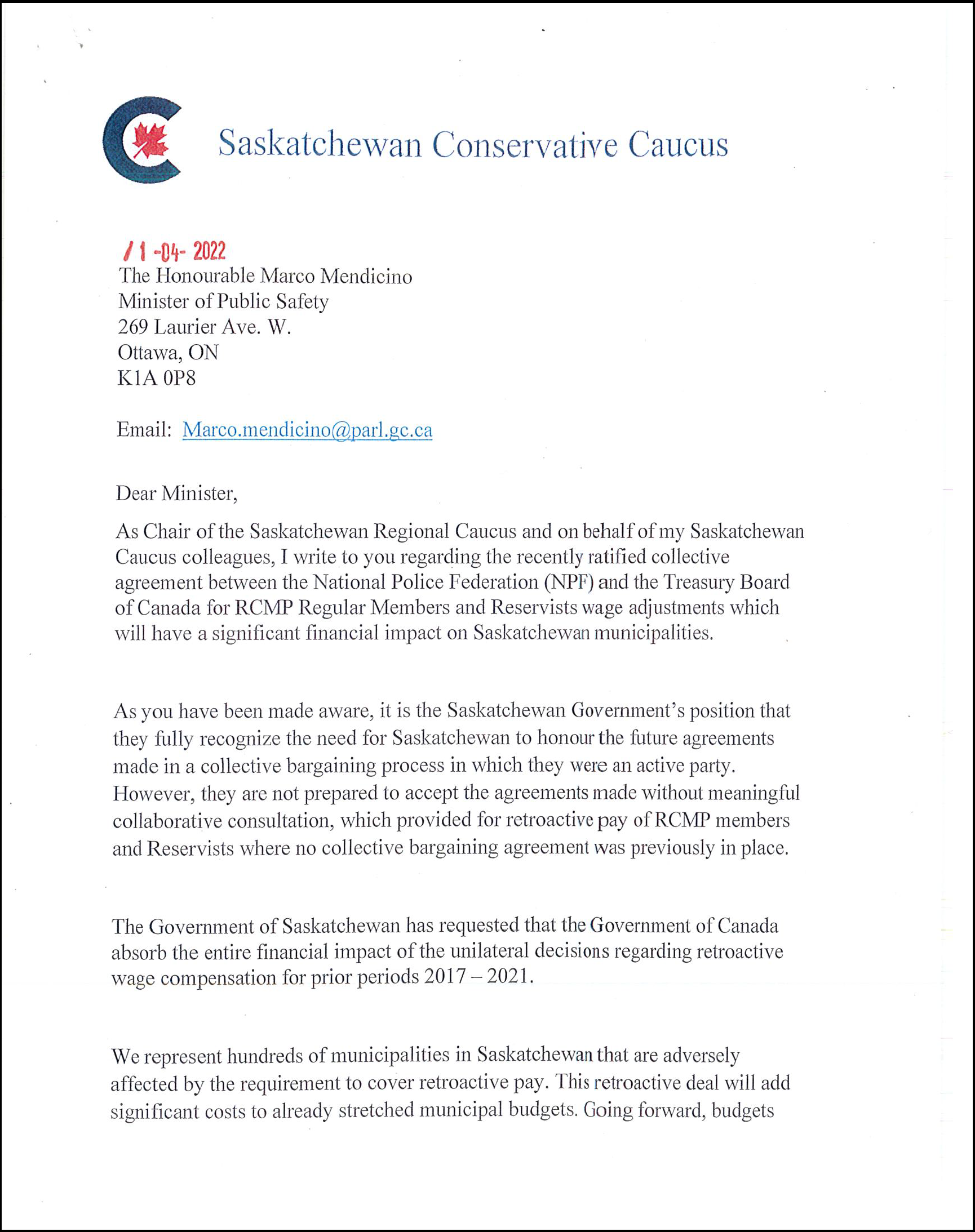 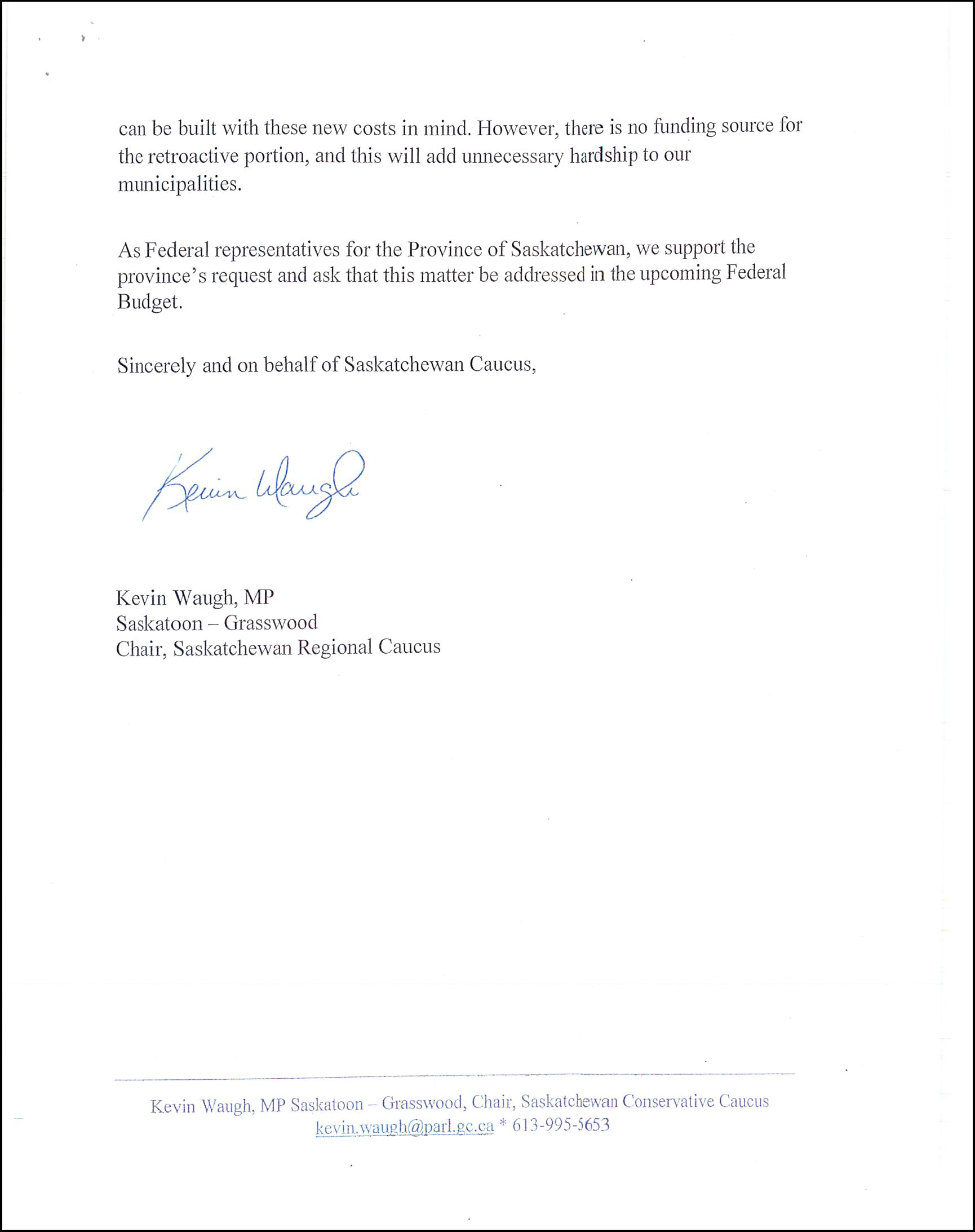