On April 1, your everyday costs will be on the rise. Unfortunately, it is not an April Fool’s joke.  Justin Trudeau’s carbon tax comes into effect this April in our province of Saskatchewan.  By hiking the price on fuel, it will make life’s basic necessities more expensive. And the simple reality is that its impact will be even greater in rural communities like ours.

The Saskatchewan provincial government has developed its own plan to address climate change but Trudeau has refused to acknowledge its merits. Instead, they are imposing a federal carbon tax on Saskatchewan and the other provinces who have not bought into their scheme.

In 2015, Trudeau made a campaign promise that he would run three small deficits and balance the budget in 2019. Year after year, those tiny deficits revealed to be much greater. And just last week, the 2019 budget confirmed what we already knew, the budget is not balanced. In fact, with a $19.8 billion deficit, it is far from balanced. The only way Trudeau can pay for his spending is to raise your taxes. The average Canadian family is already paying $800 more a year in taxes since he was elected. And his out-of-control spending will cost you even more money down the road.

To be clear, despite Liberal claims that their carbon tax is about the environment – it is not. The fact that Trudeau is giving large emitters massive exemptions proves that this is nothing more than the latest Liberal tax grab.

An extra $100 a month might not be a big deal for a Prime Minister who inherited a great family fortune, but it certainly matters to most Canadian families who are trying to balance their household budgets.

The carbon tax will cost the average Canadian family more than a $1,000 a year and that is just the start. When it kicks in, the carbon tax will start at $20 a tonne but internal government documents have confirmed that the Liberals are already planning to hike it to $300 a tonne. That’s 15 times larger.

You should not be punished for driving your kids to hockey or gymnastics. You should not have to choose between gas, groceries or even home heating. And making life more expensive for the people who can afford it the least is wrong.

Canadians simply can’t afford a re-elected Liberal government.  It’s time for Canadians to not just get by but to get ahead. That’s why scrapping the Liberal carbon tax is a top priority for Andrew Scheer’s Conservatives. 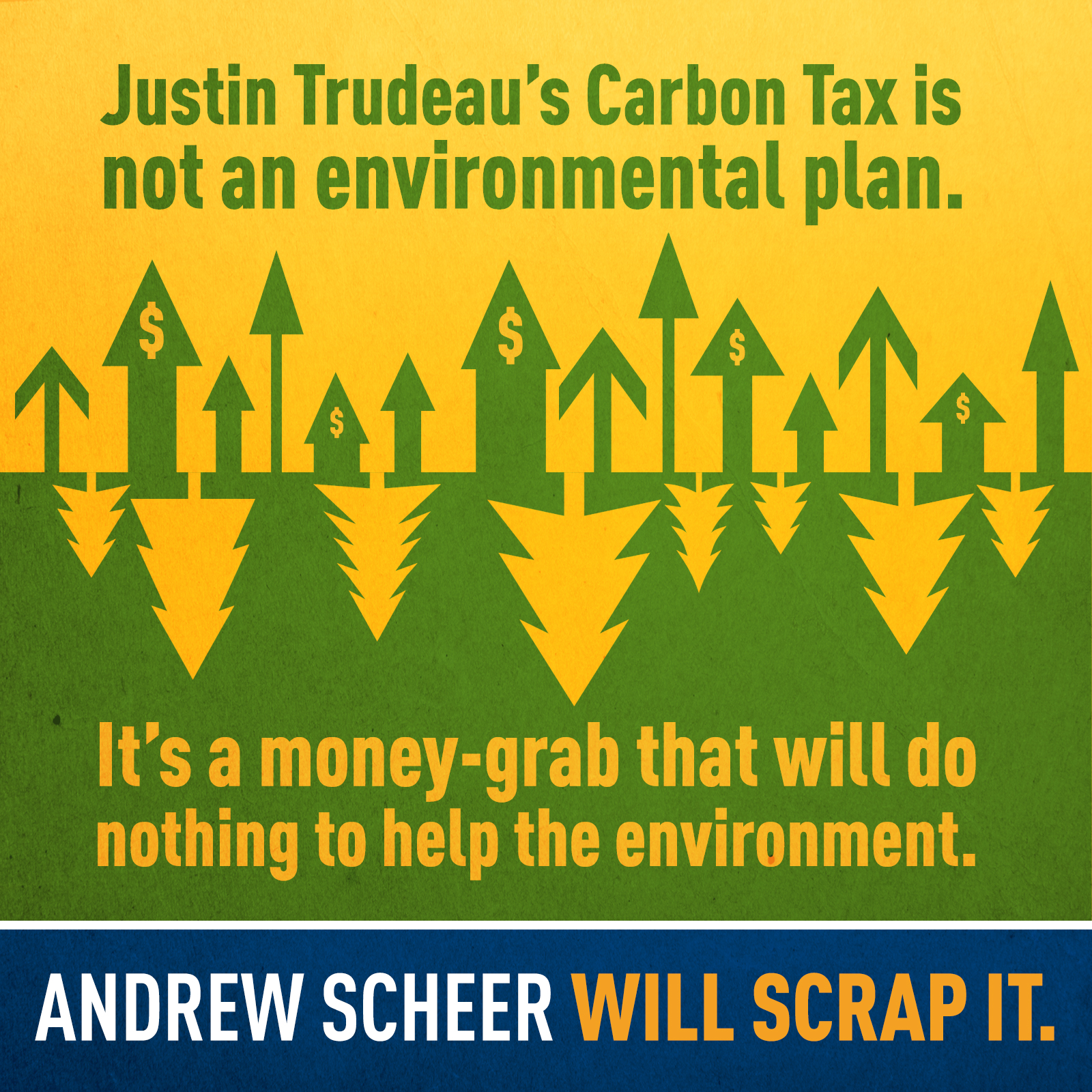